Top Coating a Tar and Gravel Roof with Ecodur

Tar and gravel is a simple, ‘old tech’ technique for protecting flat roofs, but become seriously problematical when their effective protective ‘life’ is over, leading to serious leaks as was the case here.

In this case study, the subject roof was 18-years-old and covered 3,000 square feet in Albuquerque, New Mexico. It was brought up to modern standards by Spray-Tech Roofing.

Problem
Aside from the roof’s age, it also had some 20 significant leak points. It was exceptionally flat with no built-in drainage angle, so the rain pooling locations were readily identifiable. It also had about six tons of gravel laid to a one-inch depth with another portion well embedded in the asphalt substrate, so preparation was going to be to not only provide a highly bondable surface but also one that would permit efficient special treatment for water ingress holes and cracks.

Of additional concern was the weather. There was a looming threat of rain, which would have caused serious delays.

The final phase of the job was the application of a silicone ‘cool’ coat which made it vital that the new substrate coating is in a perfect, dry condition for this bonding process which takes up to a week with no foot traffic advised for that period. 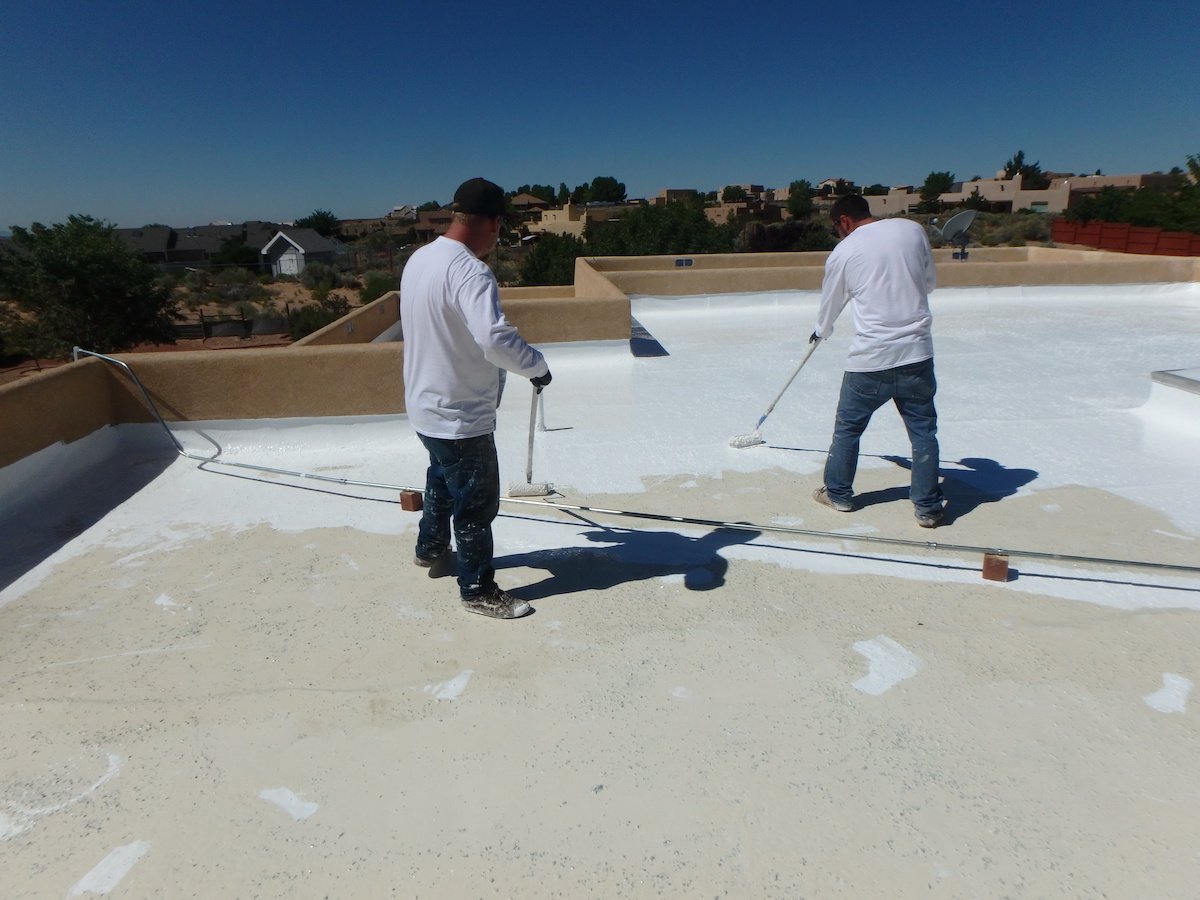 Solution
VOC-free, non-toxic, ultra-high adhesion Ecodur was deemed perfect for this job for a number of reasons. It sticks to virtually any substrate forming a totally waterproof, flexible membrane, and is especially effective with asphalt, old and new and prevents bleed through to silicone coatings above it, making it one of the very few blockers that actually works with silicone.

It also cures much faster than many conventional coatings becoming tack free in 30-40 minutes and fully cured within 24 hours. After the preparation had been done in a day with three power brooms and two blowers, this became very important as the threat of rain had become imminent.

Spray-Tech made it an immediate priority to quickly coat and, in some cases, patch anomalies, including sill damage with Ecodur and polyester tape and/or a ‘peanut butter’ consistency mix with Cabasil before the rain eventually came. Ecodur allows for emergency patching protection in far less than the usual time for ‘tack free’ state.

Because of the retained pebbles in the original substrate, the Ecodur coating, which was applied with squeegees and back rollers, averaged 50-60 mils depth. The final silicone coating averaged 24 mils, and the applicators reported how easy it was to use on an Ecodur primer base.

Application Results
The whole project took a total of three days and was completed to the entire satisfaction of the client. Ecodur’s short time to tack-free state had averted a possible major leak incident. A consultant advising on the project commented that Ecodur’s superlative performance as a bleed blocker is vital when used in conjunction with silicone. “It provides the perfect primer for cool silicone coatings and vastly outperforms acrylic base coats,” he stated. 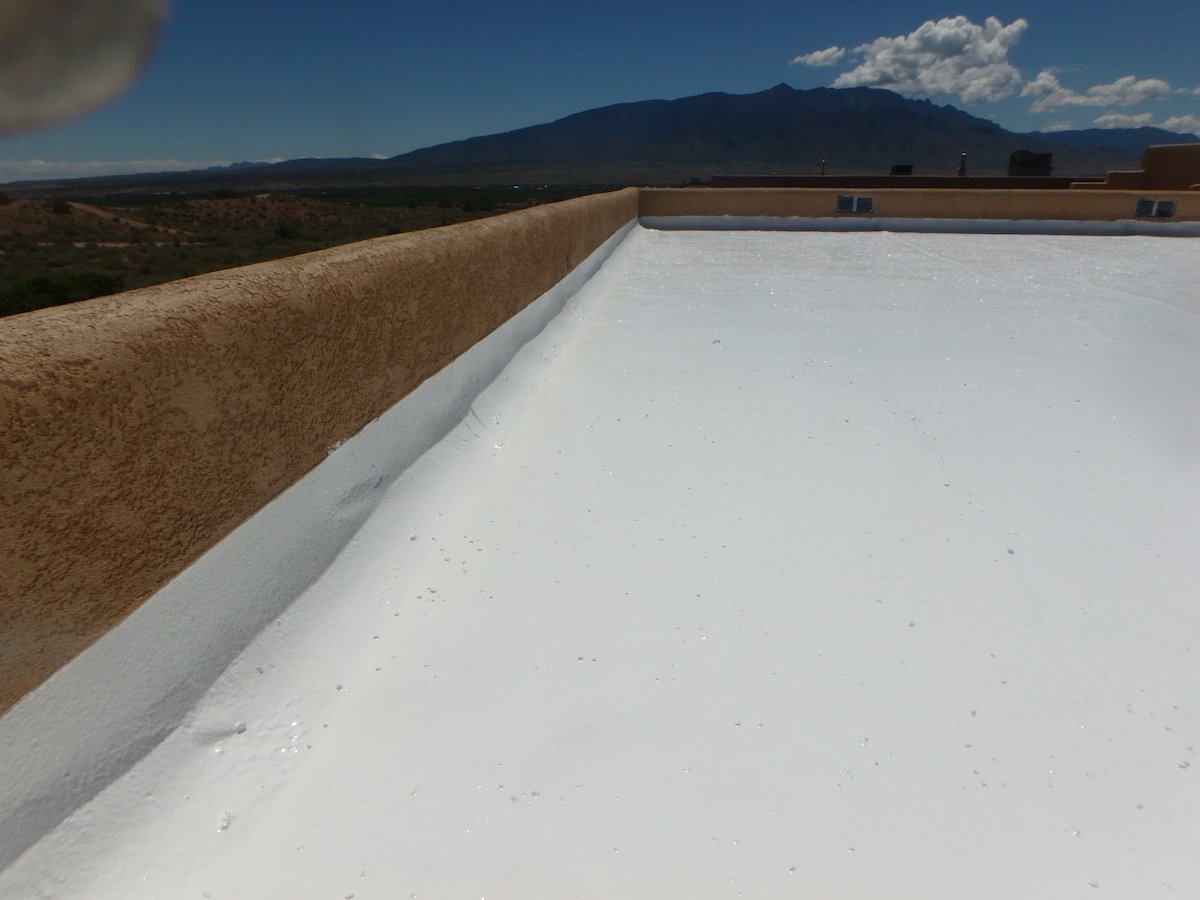