How was Ecodur Roof Coating created?

A little over 25 years ago, a clever fellow by the name of Peter Roosen — an engineer who invented many game-changing technologies — developed this revolutionary product almost by accident! A strong believer in doing what is right as well as doing what’s right for the environment, Peter experimented for months in order to prove that it was indeed possible to achieve high performance without harming the planet. His amazing formula made of naturally occurring gypsum and renewable castor oil was named Ecodur — for its eco-friendliness and its durability.

Originally used as an architectural molding, Ecodur showed incredible potential as a protective coating and was used to coat the inside of oil tanks. Ecodur proved to be so strong, it was even used to protect acid frac tanks, water reservoirs, and highways. And now, it’s making waves as the roofing industry’s maximum adhesion, time- and cost-saving 100% sustainable commercial roof coating.

Is Ecodur Roof Coating a silicone?

Ecodur Roof Coating adheres to the substrate at a molecular level, creating an inseparable bond. (Other coatings such as epoxies, silicones, and acrylics rely on mechanical bonds, which require ideal surface conditions to adhere properly.) Ecodur’s stronger adhesion means stronger roofs and stronger roof repairs (even for hard-to-coat roofs!). It can also be used with a variety of topcoats for aesthetics, cooling, and customization.

What substrates can Ecodur Roof Coating be used on?

Ecodur is compatible with a wide variety of substrates, from acrylic and BUR to metal, TPO, EPDM, tar and gravel, torch down, and more. See our Ecodur Roof Coating page for a complete list of compatible substrates and links to case studies, videos, and more.

How is Ecodur Roof Coating applied?

How much Does Ecodur Roof Coating cost? Can I get a quote?

Most Ecodur Roof Coating projects are completed at a cost between $4 and $7 per square foot. However, there are many factors that impact the cost of any roofing project, ranging from regional differences such as distributor pricing and labor costs to more project-specific differences.

Please see our post on pricing an Ecodur Roof Coating project for an in-depth look at the variables that affect final cost. For further questions, contact us today using this form.

Please click here for a library of all our Technical Documents.

What colors does Ecodur come in? Do you have a color chart?

Yes, we do! You can find our Ecodur Color Chart here.

How thick can Ecodur be applied?

Do you have a tutorial?

You can find our complete Ecodur Application Instructions here. Also, please visit our YouTube channel to find step-by-step videos on everything from conducting pull tests and using our Patch & Repair Kit to detailing and edging and filling roof gaps.

How does Ecodur compare to other coating products?

Please see our comparison chart to see how well Ecodur stands up against other coatings.

Does Ecodur work on roof leaks?

With its ease of application, versatility, waterproofing, and fast curing time, Ecodur Roof Coating is outstanding for fixing leaky roofs of all types. We even offer a portable Patch & Repair Kit for quick, time-sensitive repairs.

Is Ecodur suitable for hot/cold climates?

Yes! Ecodur Roof Coating’s lifetime flexibility allows it to withstand temperature extremes, so it offers outstanding performance in even the harshest environments. Ecodur also has incredible UV resistance as well as an exceptional application range in winter temperatures. Visit Castagra’s Roofing Blog to learn more about Ecodur’s amazing performance in both hot and cold climates!

What is Ecodur’s temperature range?

For application, see chart below: 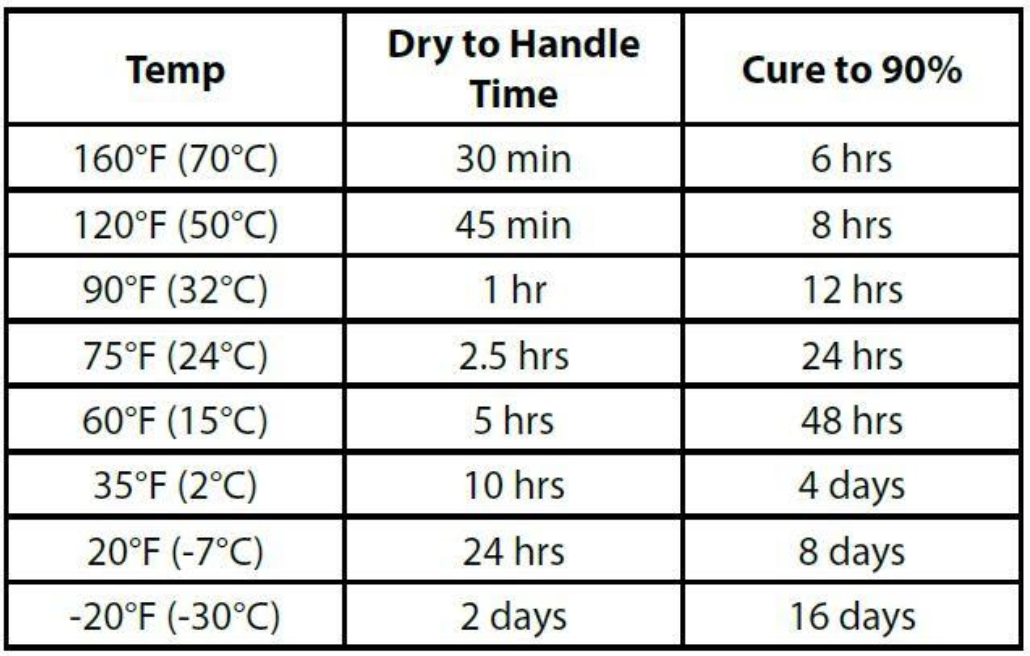 Extremely! We are very proud to say that Ecodur is 100% sustainable, with zero toxicity. It’s made with natural ingredients — the two main ones being castor oil and gypsum — and is VOC-free, and BPA-free. Plus, there are no unpleasant odors, and no chemicals used in the application process!

Ecodur Roof Coating bonds without the need for pressure washing or spudding in most instances — even on tar and gravel roofs! — while achieving a better bond than most primers and better bleed protection than available bleed blockers.

Where can I purchase Ecodur Roof Coating? Can I order a sample?

Simply fill out this short form and our roofing experts will assist you!

Can I apply this product by myself, without a contractor’s help?

Ecodur Roof Coating is a professional-grade product intended for trained applicators only. It has been applied by beginners successfully, but we generally recommend hiring a professional. As a multicomponent product with a limited pot life, Ecodur is not a beginner-level product. Our warranties are not offered for self-install applications. We highly recommend you attend our Castagra Certified Applicator Training before making a purchase of this product.

How can I become a reseller of your products?

Are you a top-quality roofing or waterproofing distributor who provides excellent customer service, training opportunities, and premium products to your clients? If so, give us a call at 1-888-388-2935 or email us at info@castagra.com.

What products can be used as thickeners with Ecodur?

What are your warranty options?

Can Ecodur be painted or stained?

Where can I find a Castagra Certified Applicator? Do you have any in my area?

Simply visit our Find A Contractor page and enter your zip code; we’ll provide a list of the Castagra Certified Applicators closest to your location.

How can I become a Castagra Certified Applicator? What training is required?