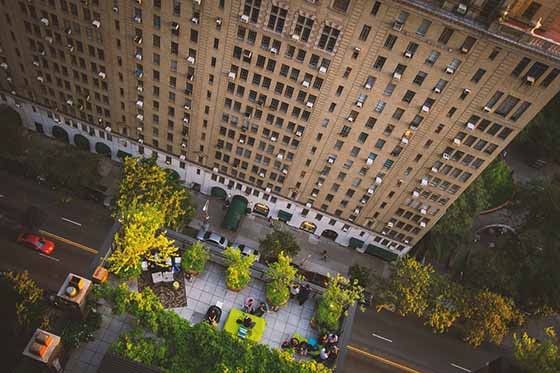 Phoenix, AZ. “It may not happen in my lifetime, but it will happen, I’m sure, that one day the vast majority of new homes will have climate attenuating vegetated roofs,” predicts Castagra Products, Inc. CEO, Peter Roosen, who has pioneered the application of plasticized gypsum protective coatings.

“There is so much evidence being accumulated as to the localised benefits of green roofs that I think even bigger picture climate change sceptics will appreciate that there is clear evidence for householders and their immediate environs can be positively impacted.”
Roosen said it well known already that green roofs slow down rainfall run-off, lowering the risk of localised flooding. The vegetation also keeps homes cooler in summer and help reduce energy consumption in winter.

“They also cut noise and significantly increase the lifespan of existing roofs. What is far less well known is they green roofs are capable of reducing electromagnetic radiation penetration by 99.4%. A green roof with 6.29 inches (16 cm) of substrate and wild grasses reduces the radiation in the range of 2 Gigahertz, in which most cellular (mobile) phones are working, by 24 decibels, which corresponds to 99%,” stated Roosen.

Urban populations continue to explode creating vast heat sinks with temperatures that are very significantly higher in summer than the immediate surrounding rural areas. Urban population has been increasing for several decades at an accelerated pace. Eight years ago, half of the world’s population (3.42 billion out of 6.83 billion) lived in urban areas. The projections show this will increase to 68.7% by 2050.
“Buildings, whether they be offices, industrial warehouses, factories, homes, high-rises must get back to using more natural materials that are environmentally benign or even beneficial and that’s both inside and outside.

“There should be zero tolerance for Volatile Organic Compounds. We all know what an utter disaster the use of asbestos has been.
The post 1945 generations have been so exposed to some very nasty materials and chemicals so much that I refer to them still sadly as the chemical generations where exposure has come from the cocktail of cleaning products under the kitchen sink, the formaldehydes from carpet glues, diesel fumes and synthetic oestrogens that end up in drinking water, the list goes on.”

Roosen says the current green roof and green wall movement is one of the most exciting developments he has seen in the past 30 years with its potential to positively impact in a cost-effective way with a range of benefits that even the most sceptical can buy into at some level.
“We pioneered veggie-plastic, which is made out of castor oil and naturally occurring gypsum, 25 years ago. We were, perhaps, somewhat before the green coatings movement, but now we are slap dab in the middle of it offering a VOC-free, BPA-free, solvent-free, coating that actually outperforms most conventional ones.

“It is rated to be used in contact with drinking water and with much being made of keep rainfall run-off from roofs as pure as possible, our Ecodur makes the ideal coating.”

Roosen said Ecodur’s high flame retardant rating is very much a consideration as making residences as fire proof as possible has recently been highlighted by the tragic events in London recently.

“Safety, from the point of view of materials used in construction, is always paramount, but what I hope is that one day regulatory bodies will take into account the broader view and that is ensuring that urban development is regarded in the whole context of safety to not only the local environment but also the global environment.

“We all live on the same planet. The enlightened richer nations must lead and share their technology with the rest of the world to make the whole planet purer. It has a vast, natural ability to cleanse out the unimaginably vast volumes of vehicular exhaust, coal fire plumes, but it is clear that the ocean drifts of plastic waste are early warning signs of a serious overload situation.

“And now with micro particles of plastic with its synthetic oestrogenic effects ending up in the human food chain, the battle is on our home front and not somebody else’s backyard as all those backyards are conjoined ultimately,” concluded Roosen.