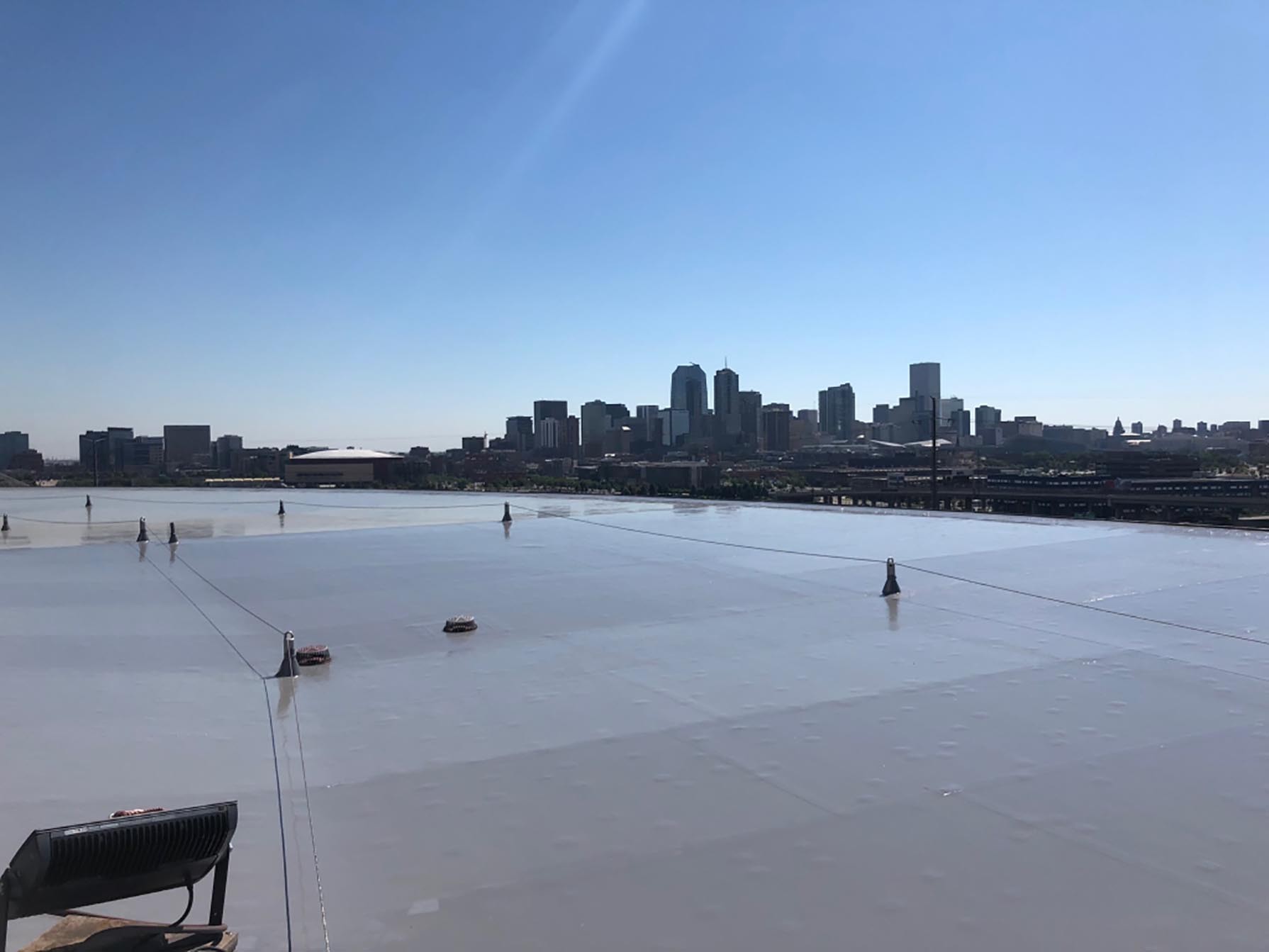 Flat roofs have been around since Mankind first started living in permanent dwellings, particularly in hot, arid regions. Then, they were simple to construct and, because rainfall was low, they basically were for protection against the sun and provide a cool interior.

Today, they are a feature of large commercial buildings which are run by managers looking sharply at the bottom line and wanting to keep maintenance costs as low as possible.

Flat roofs, in North America, unlike ones in hotter and drier climates, face everything from high UV, to bitterly low temperatures, driving rain, and even battering hailstorms. Their protection originally came in the form of tar and asphalt to today’s more sophisticated membranes and coatings.

The flat roof coating market has ethylene propylene diene terpolymer (EPDM) accounting for over 1 billion square feet of new roof coverings in the United States, and is the most widely-used roofing material in the marketplace. Thermoplastic olefin (TPO), PVC and other membranes and coatings are challenging it.

Problem
This case study concerns one of the biggest sports stadiums in the US. It has some 70,000 square feet of EPDM, but the problem was not one of the synthetic rubber’s performance, but, rather it had giant lettering on it which was no longer relevant and had to be erased as it was visible during televised games.

Furthermore, the job had to be done quickly with a permanent solution and within a critical time frame because of the game schedule. There should also be no hint of the lettering visible after it was treated and the coating should adhere strongly and provide additional roof protection.

Ecodur was chosen as it is a high performance primer with zero VOCs, zero toxicity and adhesion that is two to three times greater than most conventional epoxy coatings. It has a wide range of compatible substrates, including EPDM and hard to coat cementitious materials. It can be a standalone roof coating or one used for the latest cooling top coats such as silicone. It has very high UV resistance.

Ecodur becomes tack free within an average of 30 minutes and is fully cured within 24 hours. It can be manually applied or sprayed on with the company’s proprietary spray technology that completely eliminates any need for solvents in clean up.

After the standard preparation that ensured the roof was clean and dry with no anomalies in the EPDM, Ecodur 201M was manually applied. Because of the time pressure, the applicators managed to coat 14,000 square feet in two days. The standard gray coating was applied to an average depth of 30 mils.

Final inspection showed the giant lettering had been completely covered with no hint of it discernible. The client expressed complete satisfaction with the results and subsequently had the contractor use Ecodur for permanent signage at various other locations.