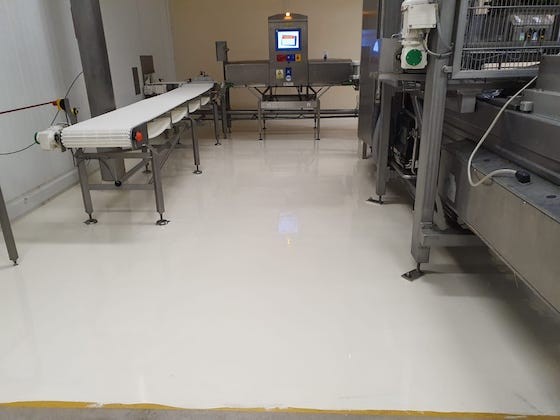 The dairy products industry has to meet high levels of hygiene whether it be in North America or Europe. This case study concerns a cheese factory in Drenthe in The Netherlands where a previous floor coating in the production hall had failed.

The PolyMethylMethAcrylate floor base (PMMA), a synthetic material that is also used in many other products such as plexiglass, had received a top coat of polyurea which had failed to adhere properly.

Problem.
PMMA is a problematical material to work with as very few coatings can give good, long-lasting results with high adhesion. The client wanted a robust coating that would resist the occasional chemical spill while still providing an anti-slip surface.

The client, ToCoat B.V. (tocoat.com), also wanted the new coating to be VOC-free and suitable for use close to human foodstuffs, in this case cheese. It should also not have any kind of odor that might taint the product’s flavour.

Cure time and return to service period was also important as any production downtime needed to be kept to an absolute minimum.

Solution.
The applicator was not aware of any suitable alternative product to coat PMMA that fulfilled all the client’s strict criteria except for Ecodur which is made from castor oil and naturally occurring soft rock gypsum and first developed 25 years ago.

Ecodur has a North American NSF/ANSI-61 certificate for use in contact with human drinking water and, while the rating is not officially recognized in The Netherlands, the client was aware of it and the very significant track record of usage of Ecodur in the food industry in the USA. 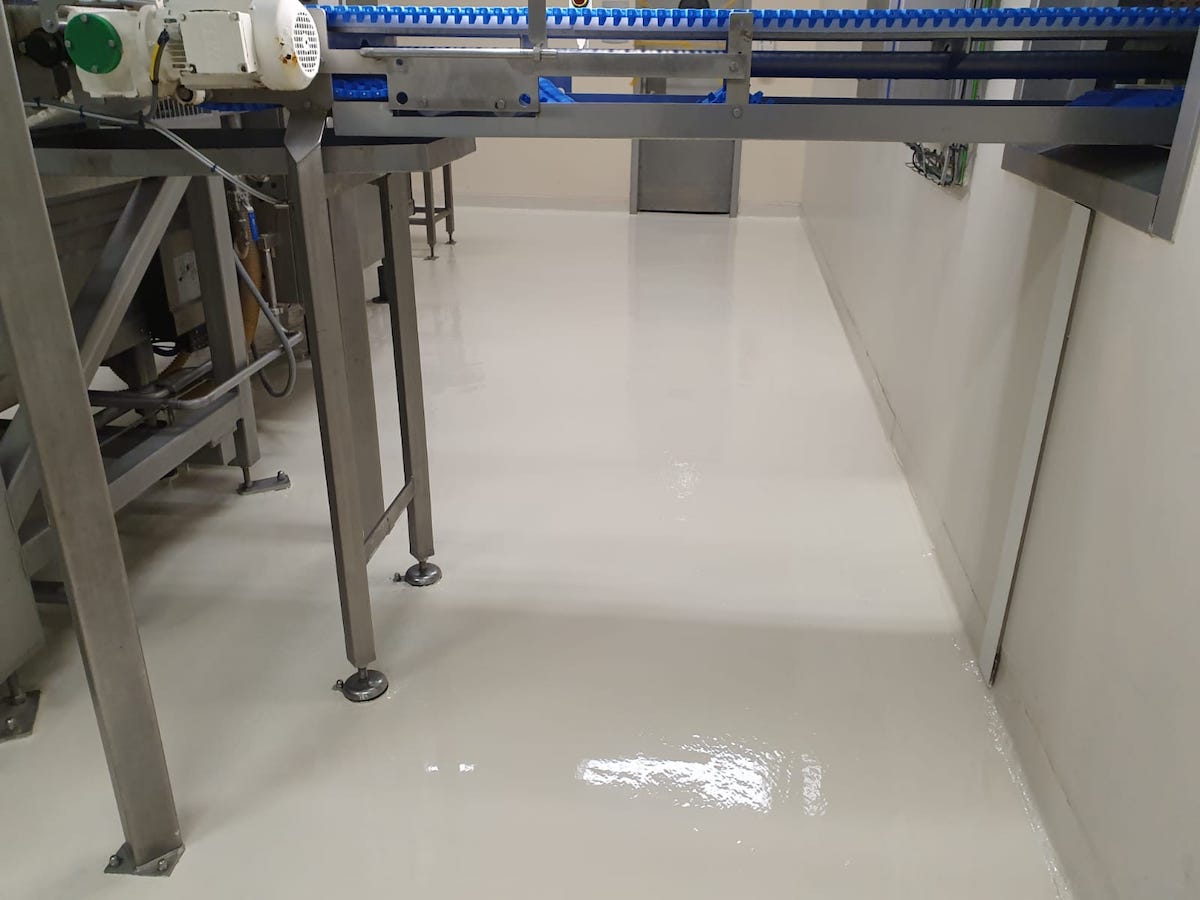 Application Results.
A very thorough preparation of the floor was done. This included stripping off all the old polyurea. The base PMMA was sanded, swept clean, degreased and cleaned again.

The Ecodur 201M was, as its designation implies, applied manually with a spreader and rollers. Anti-skid material was incorporated prior to setting to leave a rough surface.

With the tight schedule, the coating was finished by 3 pm to an average depth of about 40 mils. Industrial heaters were used to significantly speed up the normal cure time of 24 hours. The production shift was due to start work the following morning at 6 am. This deadline was met and client reported satisfaction with not only the coating but also having no production delays.