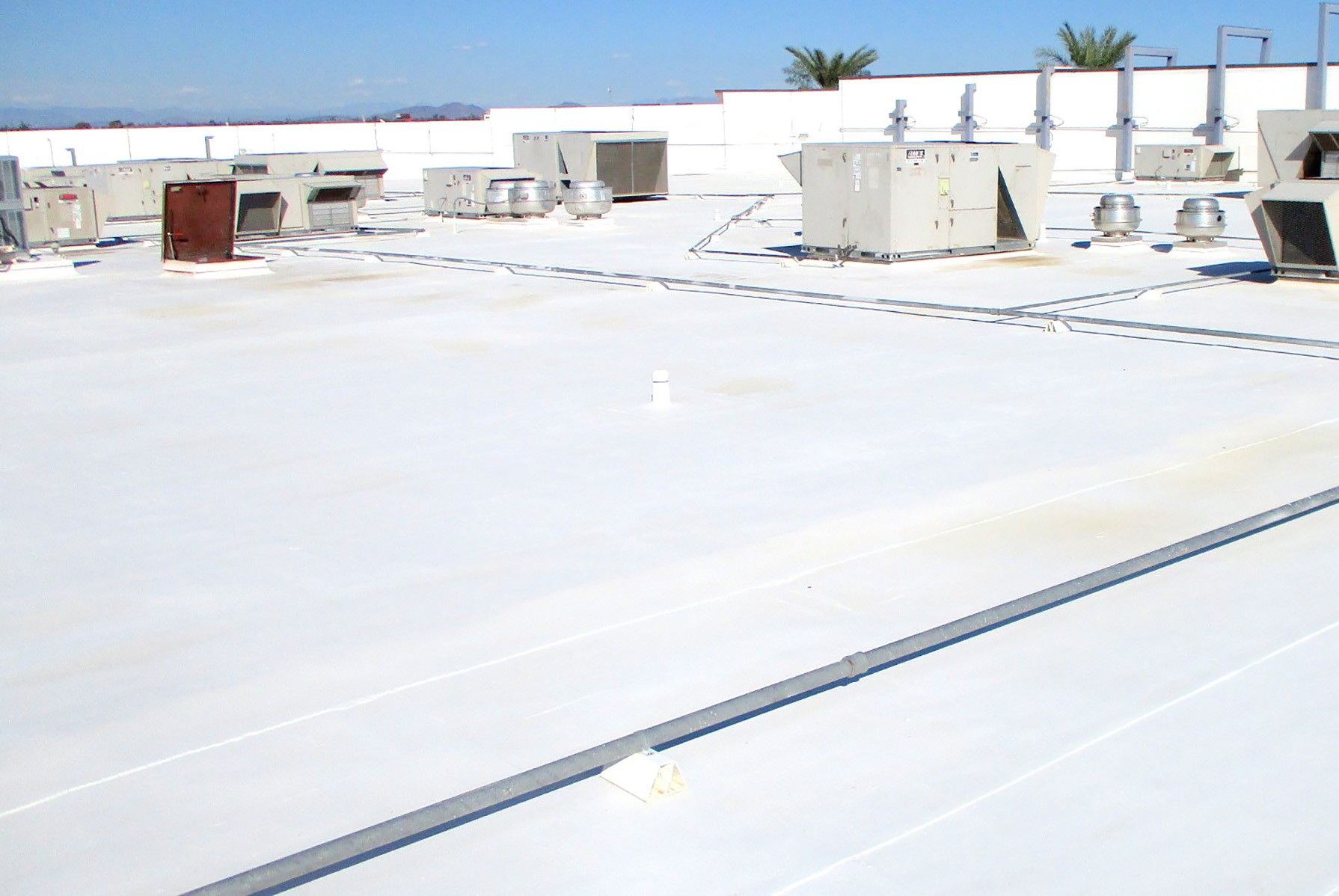 This updated case study concerns a movie theater chain building’s asphalt roof in Avondale in Phoenix where high UV, temperature extremes and often violent storms, give coatings and membranes, a mix of some of the hardest conditions in the entire nation.

High temperatures, for instance, inevitably cause asphalt-based coating materials to slowly off-gas from their bitumen content and become brittle and crack over time. This roof was, in 2016, over 15 years old with its asphalt in an obviously deteriorating condition and not serving to reduce heat load.

Summer heat can cause roof surfaces to get up to 150 degrees Fahrenheit and often even higher, exacerbating the heat sink effect for a city the size of Phoenix, now the nation’s fifth largest.

Americans spend about $40 billion annually to air condition buildings — one-sixth of all electricity generated in this country. White roofs can reduce summer energy use by up to 40%, but 7-15% is considered a good average. The global cool roof coating market size is expected to reach USD 5.41 billion by 2025, according to a new report by Grand View Research, Inc., registering a 7.0% CAGR over the forecast period. 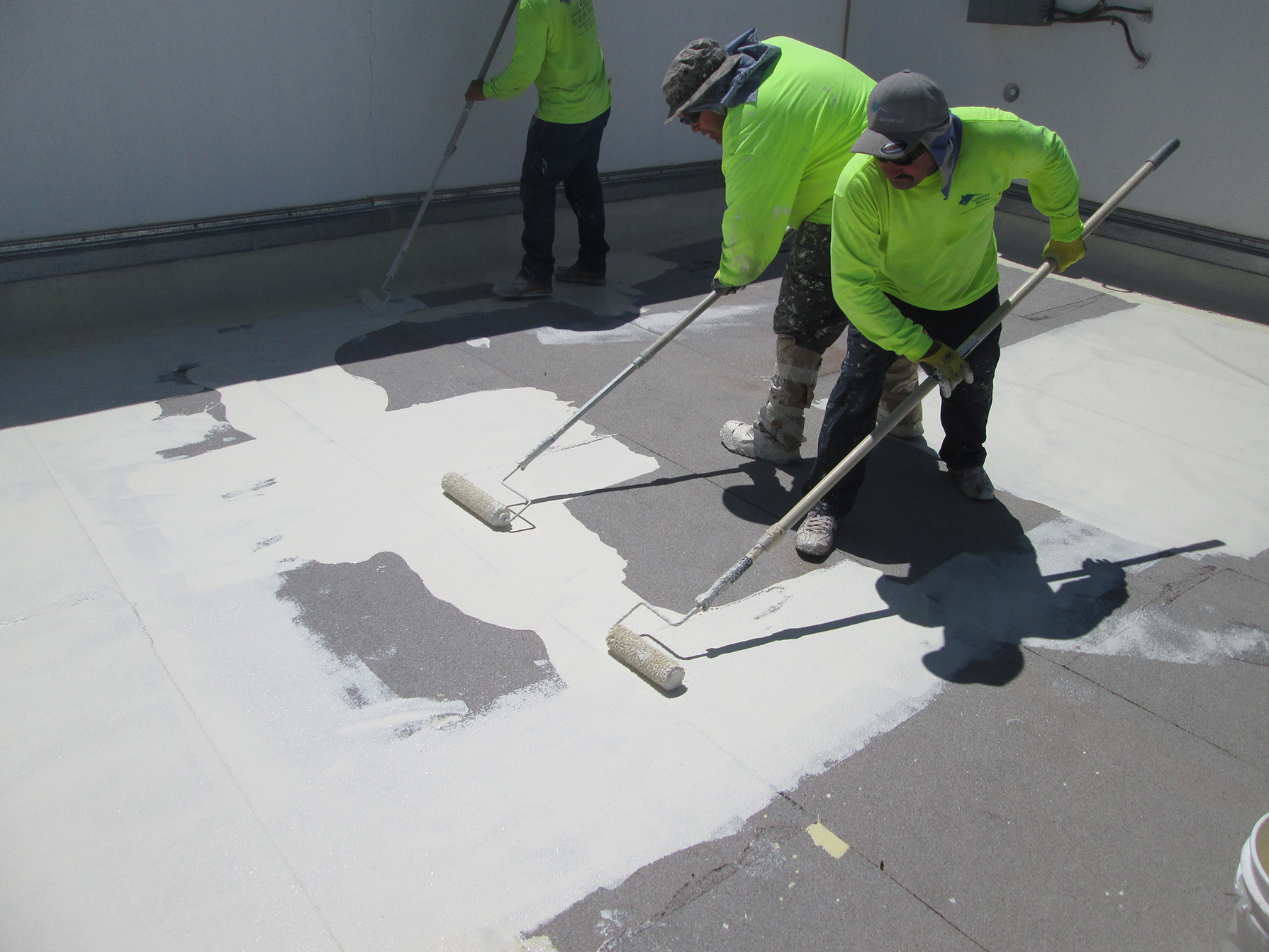 Problem
The asphalt coating was approaching the upper limit of its useful life and there was obvious evidence of failure in places, but the owners wanted a cost-effective solution that avoided costly re-roofing.

In more benign climes, asphalt can last much longer. The client had also wanted minimum disruption and a solution that would substantially extend the life of the original asphalt which had now become the immediate substrate for any new coating or membrane.

What was also desired was waterproofness, extreme adhesion, strong resistance to UV, a contribution to cooling effect, as well as a solution which had green credentials such as low or zero VOCs.

Solution
VOC-free Ecodur was chosen. Particular inspection attention had been paid to seams where Ecodur has the ability to seep into and permanently fill any gaps or holes. It has extreme resistance to UV and also has a Class A flame retardant rating. It also does not contribute in any way to toxic load as it is ANSI/NSF-61 rated for contact with drinking water.

Ecodur is made from renewable castor oil and potentially recyclable gypsum, a naturally occurring soft rock found in many areas of the US.

Application Results
After standard preparation to ensure that the original asphalt roofing material and overcoat was dry, clean, free of loose material and overly large cracks, Ecodur 201M had been manually applied to an average depth of 30 mils. With the seams considered to be a particular area for vulnerability for water incursion, up to 50 mils of Ecodur was applied in places.

Ecodur has excellent ability to seep into crevices and any reinforcing material such as fiberglass or geotechnical membrane, making a strong 100% weatherproof seal.

The Ecodur was then over coated with 50 mils of a standard reflective and flexible acrylic cool roof paint. Ecodur is an ideal primer when used with other reflective top coat paints such as silicones and, as in this case, an acrylic, as it allows the topcoats to attain their own maximum adhesion.

October, 2018 Inspection
The entire roof was given a careful examination. The inspection was to see whether there was any physical damage along the seams, the general state of the coating, and, of particular concern, had there been any bleed-through from the asphalt substrate. 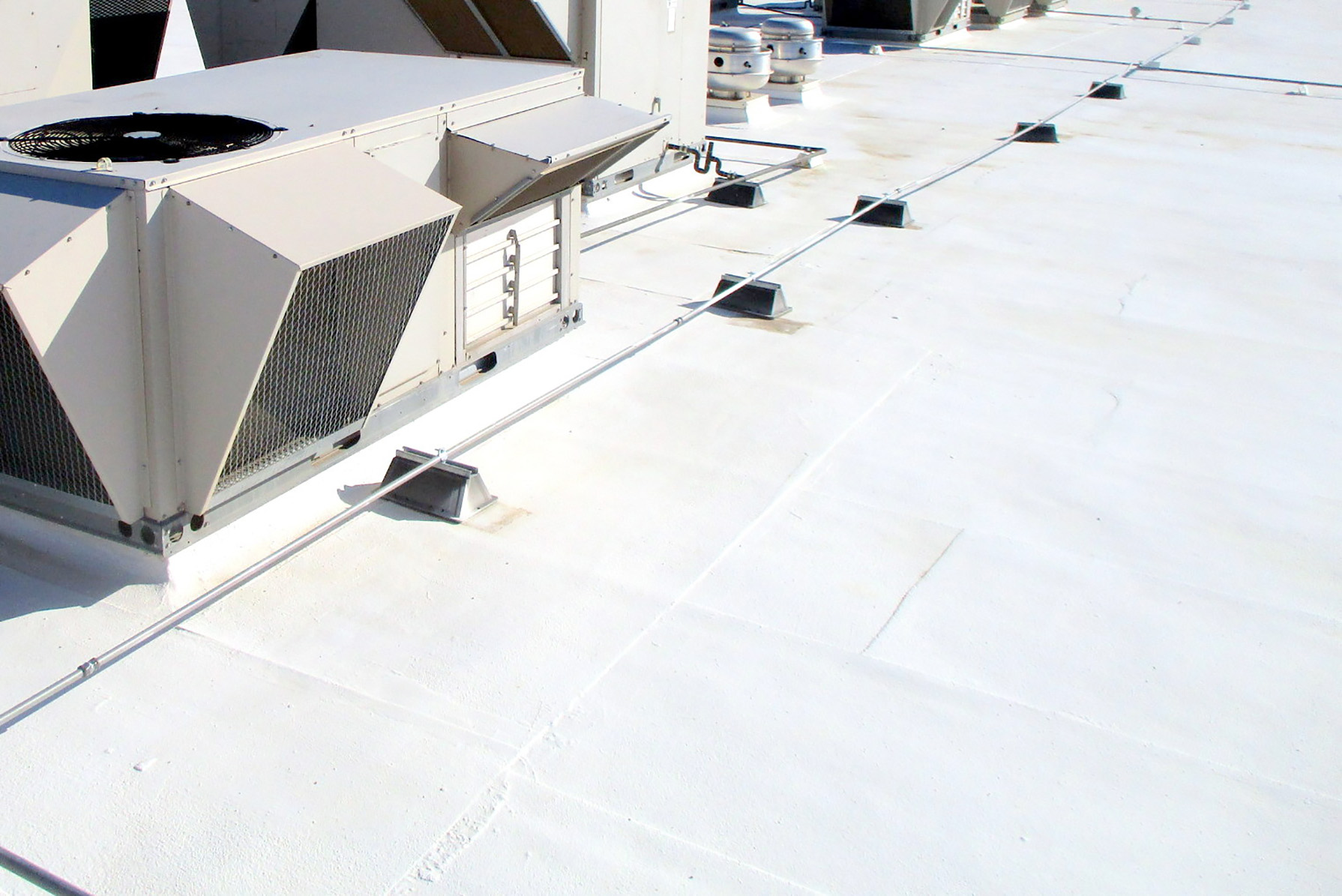 The general condition and integrity of the Ecodur was found to be satisfactory with no bleed through. Minor and barely visible discoloration was in two low spots where rainfall pooling had captured airborne dust, which, on drying, was left behind. A simple wipe, in test places, removed the dust and showed there was no permanent discoloration and the original surface was, as anticipated, after over two years of strong climate exposure. 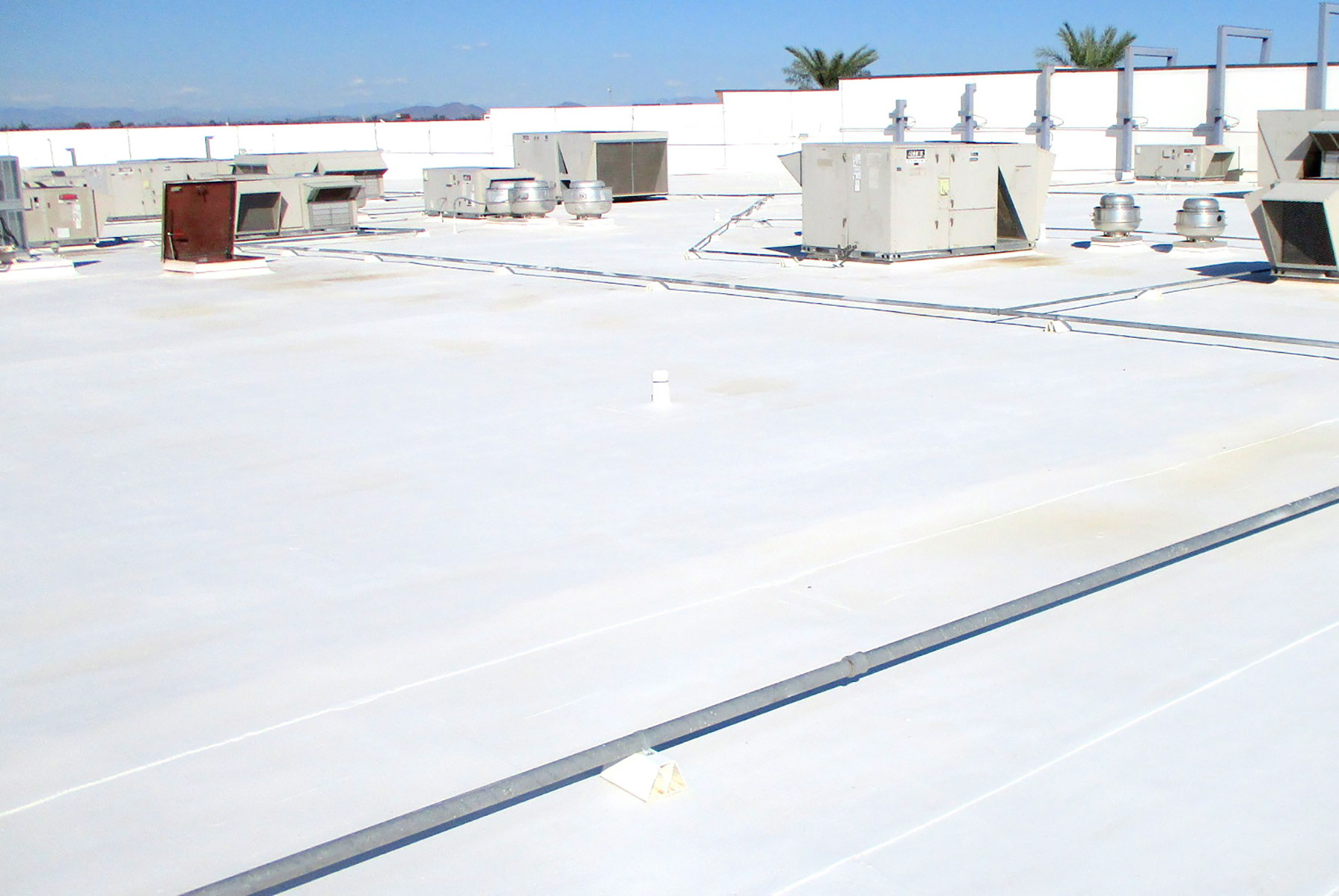 Additionally, there was minor and highly localized discoloration by air vents and also where work had been carried out on a weather-damaged air conditioner.

Castagra CEO, Peter Roosen, commented “We have known for a long time from previous adhesion tests that Ecodur was highly compatible with acrylics and silicones, but now real world application has shown our coating is 100% effective as a bleed blocker on an asphalt coated roof with an acrylic top coat in one of the harshest climates in the nation.

“It can be said that Phoenix is possibly one of the very best places to prove out the overall performance of roof coatings and especially those that claim to be bleed-blockers. In that regard, Ecodur is outstanding for those wishing to have high-performance cool roofs that last and don’t discolor through asphalt incursion.”