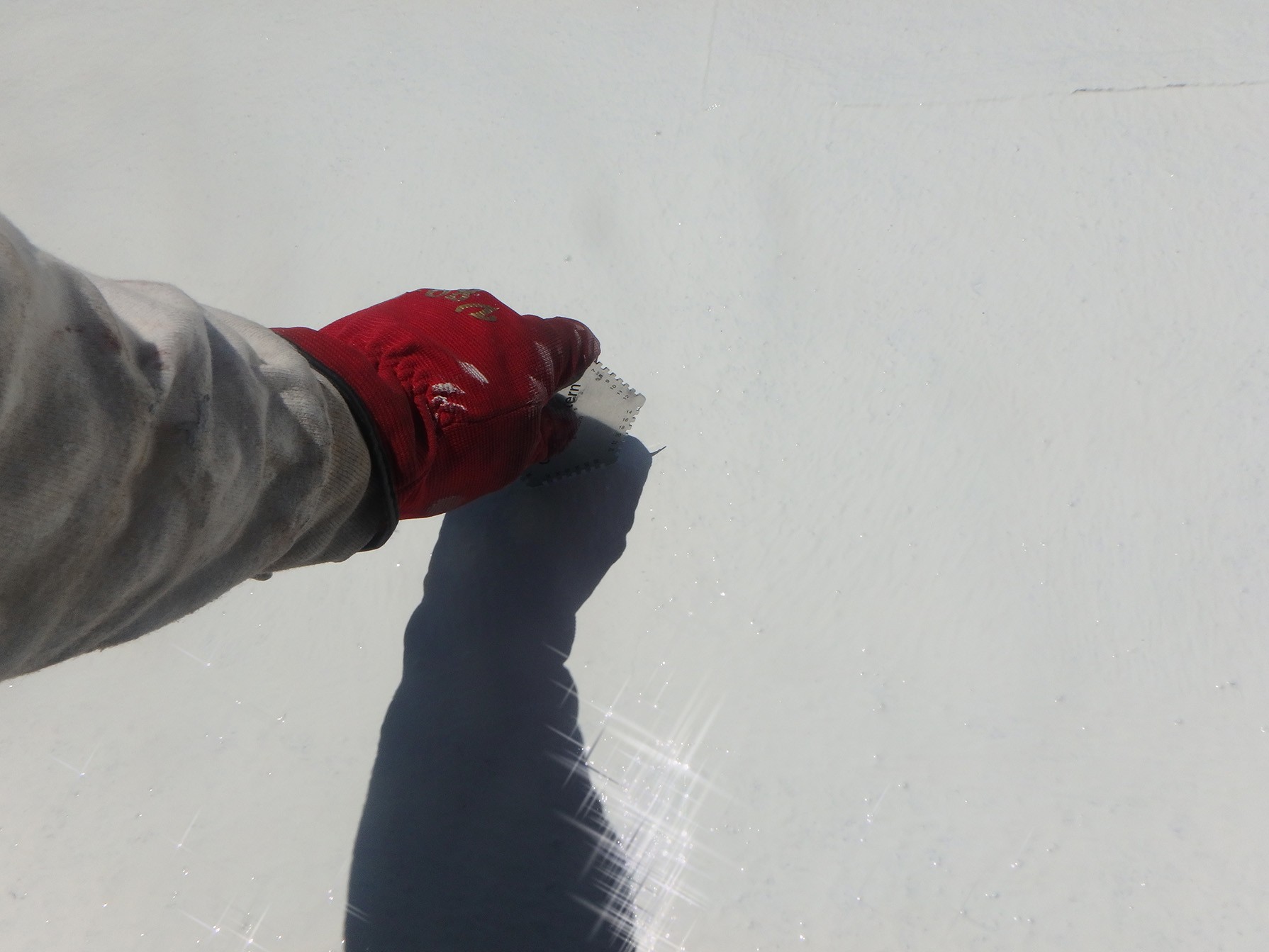 Phoenix, AZ. “It’s all about adhesion, both with the coating itself and the new generation of cool topcoats. You can have a superbly aggressive coating in grip power terms, but, if it does not provide the ideal substrate for over-coating with acrylics and silicones, then it’s not right for cool roof jobs,” stated Castagra Products’ CEO, Peter Roosen.

“Ecodur just doesn’t have extremely high adhesion on difficult to coat surfaces, such as cementitious roofs, it truly maximizes the adhesion of acrylics and silicones by providing the perfect surface for them to adhere.

“With the rising use of cool topcoats, you now have the perfect way of not only extending the life of aging flat roofs, but also allowing that extended lifespan to usefully serve as a cool roof which contributes to lowering HVAC costs,” said Roosen.

VOC-free Ecodur, which is made from renewable castor oil and gypsum, has a pull off strength of 1,000 psi on steel, and, generally, has triple the adhesion of most conventional epoxy coatings. Its purity is such that it can be used in contact with human drinking water and is thus also suitable for use frozen and fresh food storage facilities.

“When you consider what it’s made from, vegetable oil and soft rock gypsum, its inherent high chemical resistance and durability against chemicals and UV radiation, becomes obvious. Ecodur has an extensive track record in the fracking industry where its use in oil and production tanks, has more than adequately demonstrated its protection qualities against a veritable cocktail of corrosive chemicals.

“While we are still coating tanks in depressed oil and gas industry maintenance regimes, we have a new breakthrough areas in the exploding cannabis production industry which is making great efforts to get up to food grade handling standards before they are likely imposed on them by the USDA,” said Roosen.

“Our core focus, however, remains the roofing industry where demand continues to grow for ever higher performing coatings and membranes, particularly as flat roofing, if correctly coated as cool roofs, can contribute significantly to reducing the heat sink effect of cities.

“We also know about the benefits of green roofs and now the growing recognition for blue roofs where the design mitigates rainfall runoff, lowering stress of city drainage systems. Roofing is no longer the Cinderella portion of building and is now gaining considerable recognition for the multifaceted contributions it can make, including, of course, as platforms for solar electricity and hot water systems,” continued Roosen.

“So, adhesion is absolutely key. You can have the most durable waterproofing membrane or coating on the planet but if it does not grip the substrate with absolute integrity and lifts off allowing water in, then it’s inevitably going to be a costly failure,”

Castagra Products Inc., has its registered office in Reno, Nevada, USA, and headquarters in Phoenix, Arizona. It has its main toll production facility in Houston in Texas. The company is focussed on providing ultra-protective VOC-free, BPA-free, non-toxic coatings for roofing, floors, water and waste water industries and oil, gas, frac production water storage tanks and pipes.