Nursing home roofing projects bring up many unique issues. Nursing homes need to run 24/7/365 and tenant disruption is simply not an option. When a nursing home has roof leaks, they need solutions that do not require moving clients out of their living quarters or limiting services in other areas.

This nursing home in Denver, CO has a spidery HVAC system with dozens of penetrations throughout the roof. Leak detection was made difficult due to the heavy layers of gravel. Adding to the confusion were multiple ponding areas which also could not be ruled out as the source for leaks.

The nursing home was reluctant to consider a new layer of tar because all the air for the building comes from the roof and many of their clients have sensitive respiratory systems. After years of unsuccessful attempts by other roofers, the nursing home reached out to a Castagra Certified Applicator.

Castagra’s Ecodur adheres extremely well to asphaltic substrates, eliminating the need for tear-off and replacement. Ecodur can be thickened to as mastic grade to make fixing penetration leaks easy.

Because it is impervious to ponding water, it works well in low spots. And because it is VOC free and practically scentless, it is ideal around air intakes even around the most sensitive clients.

Because of Ecodur’s extreme adhesion, no pressure washing was needed, eliminating the risk of further water incursion.

After removing the gravel and sweeping the surfaces, thickened Ecodur was applied to all penetrations. All other areas had Ecodur applied to 30mils forming a tough, waterproof, monolithic membrane that will keep the tenants safe and dry for years to come. 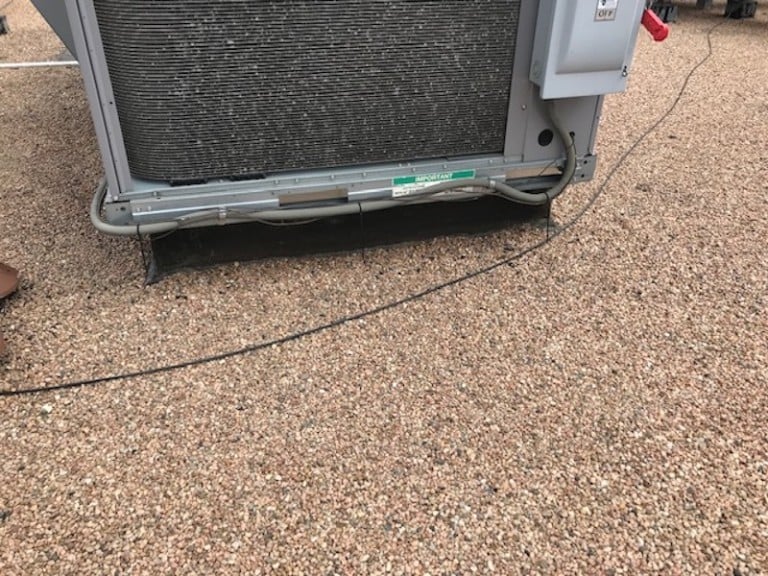 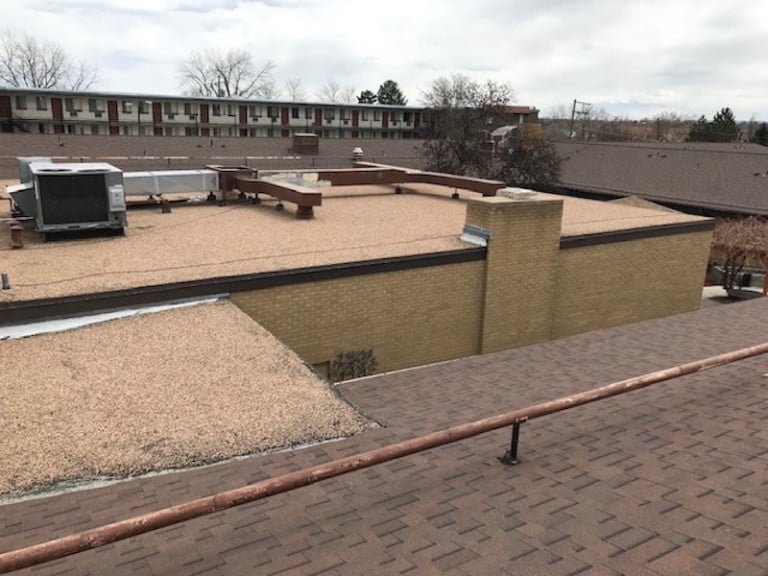 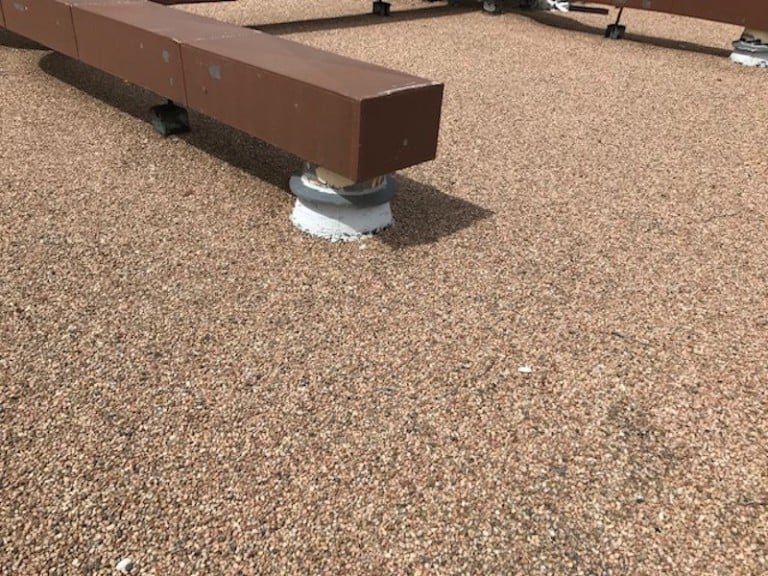 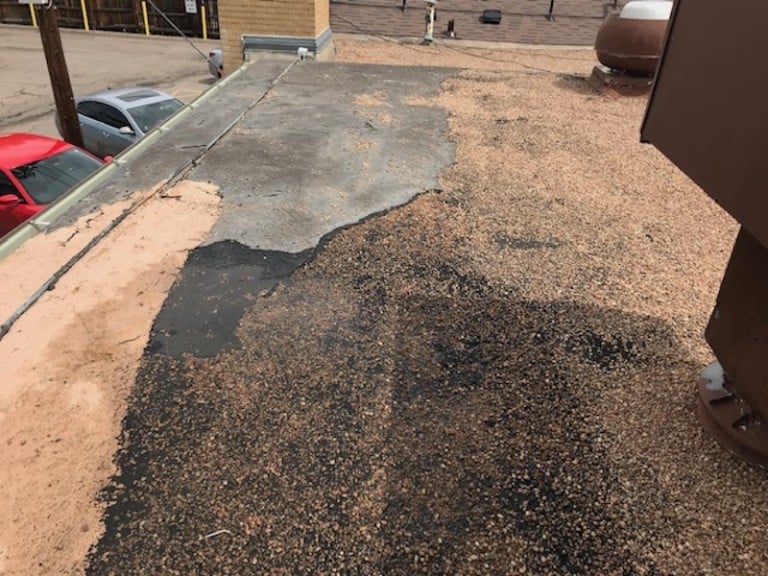 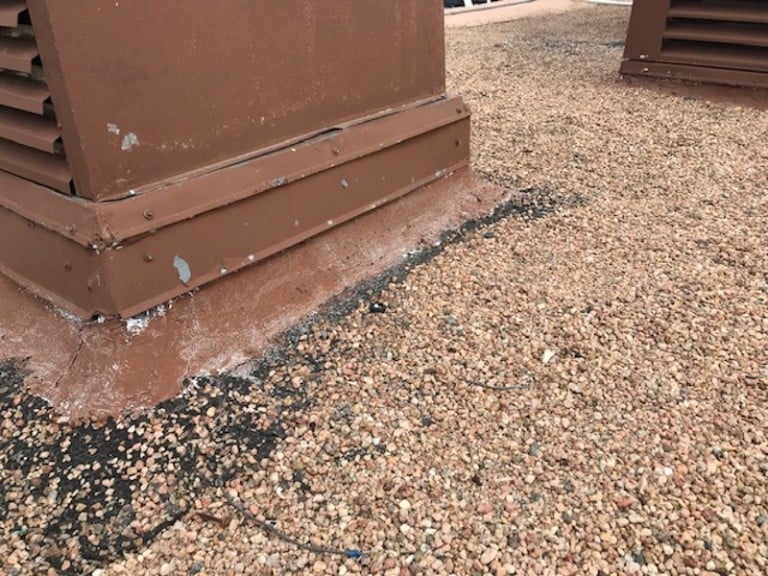 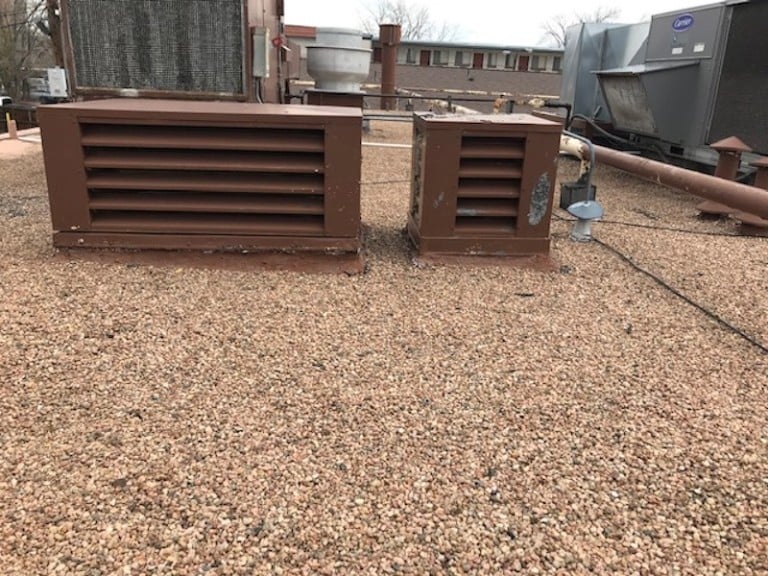 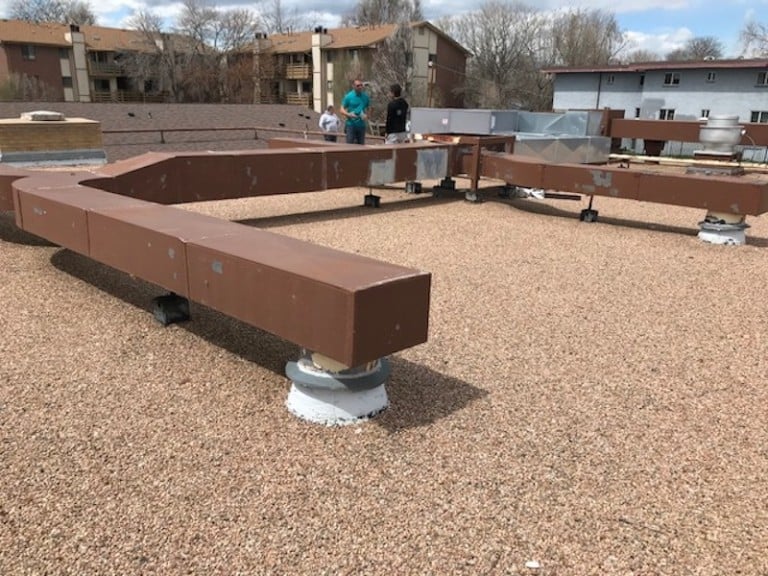 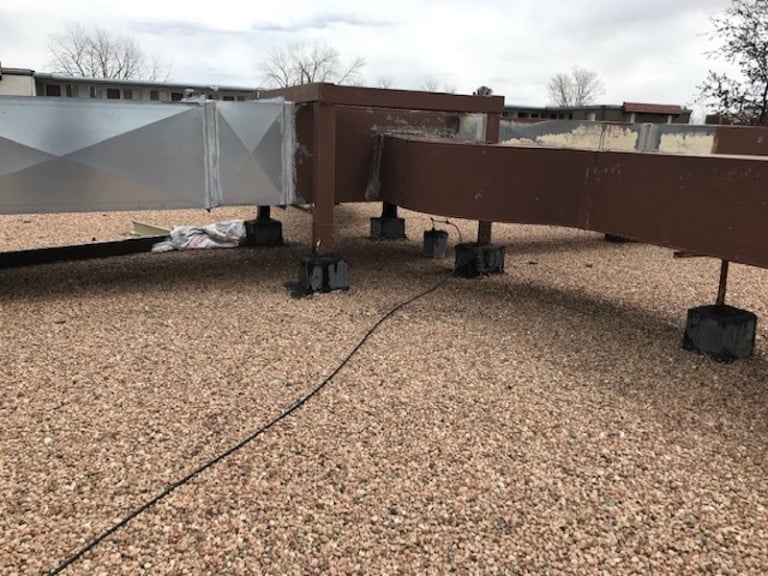 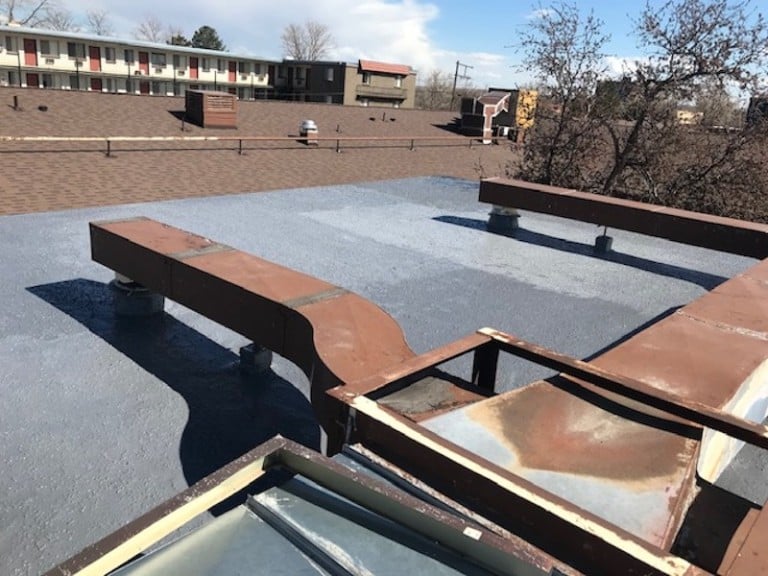 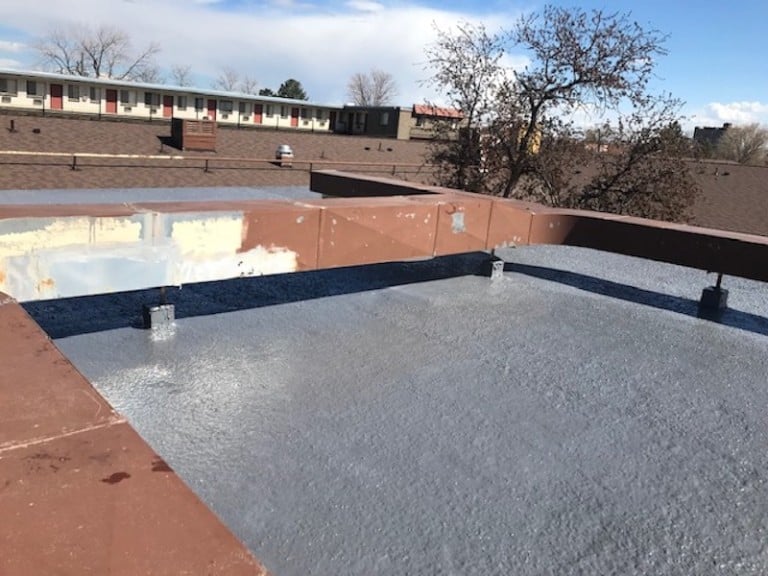 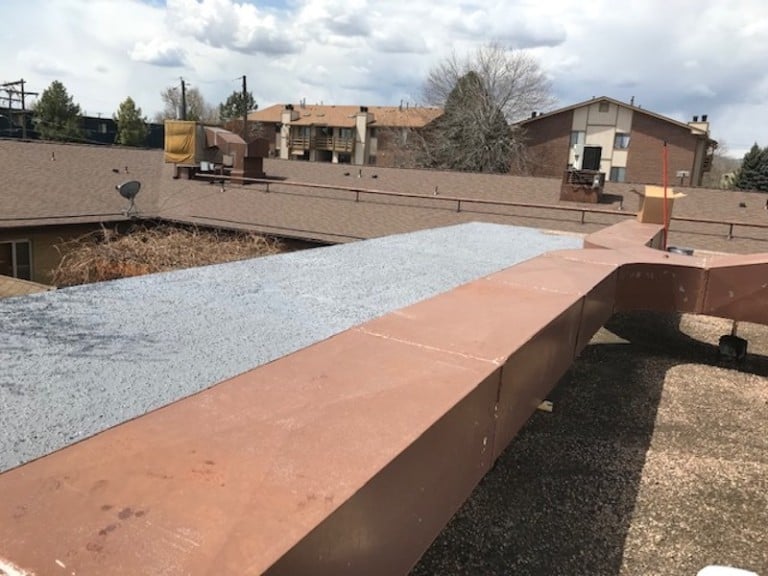 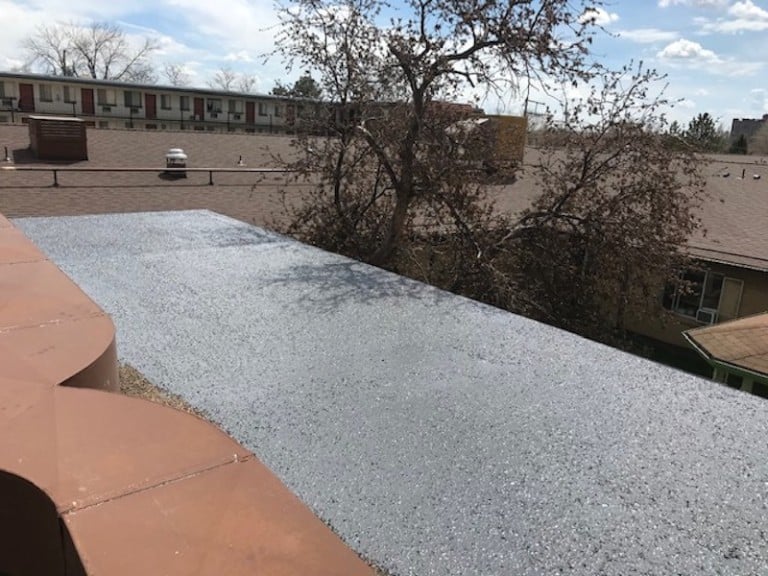 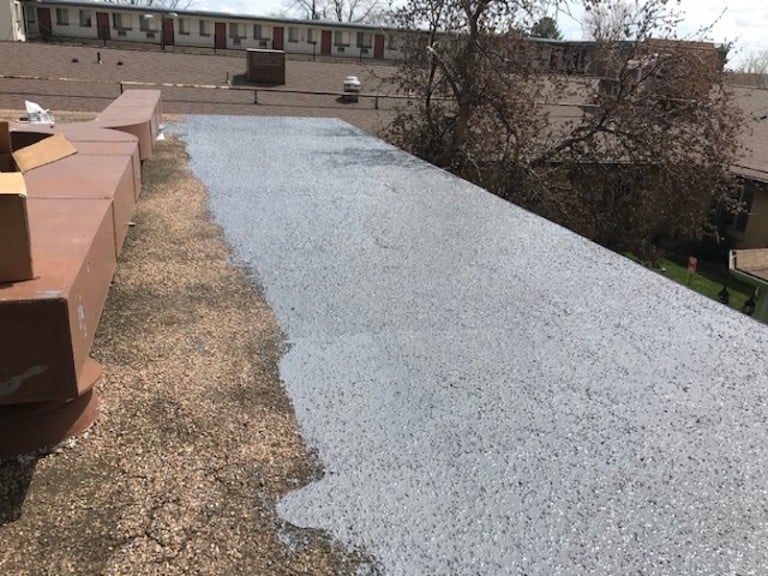 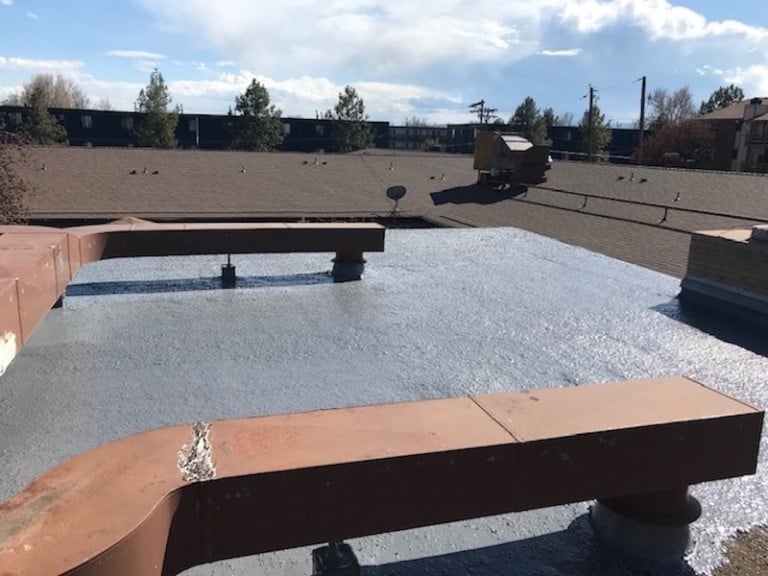 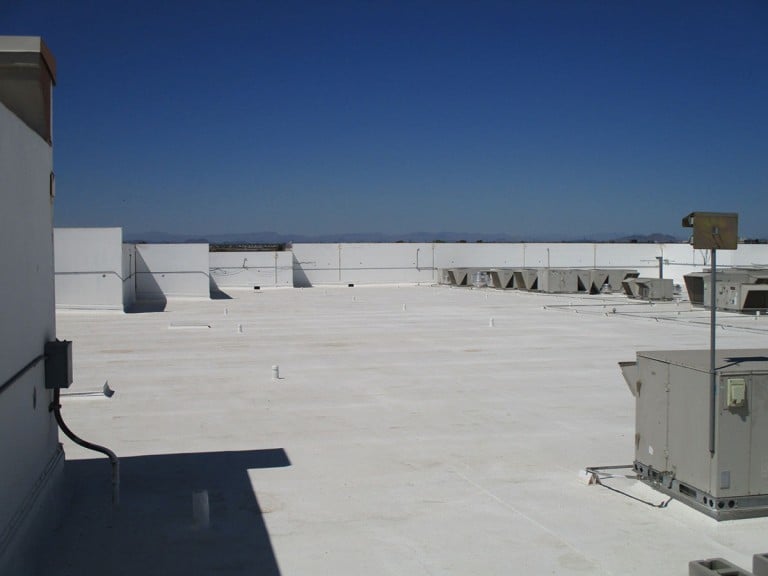 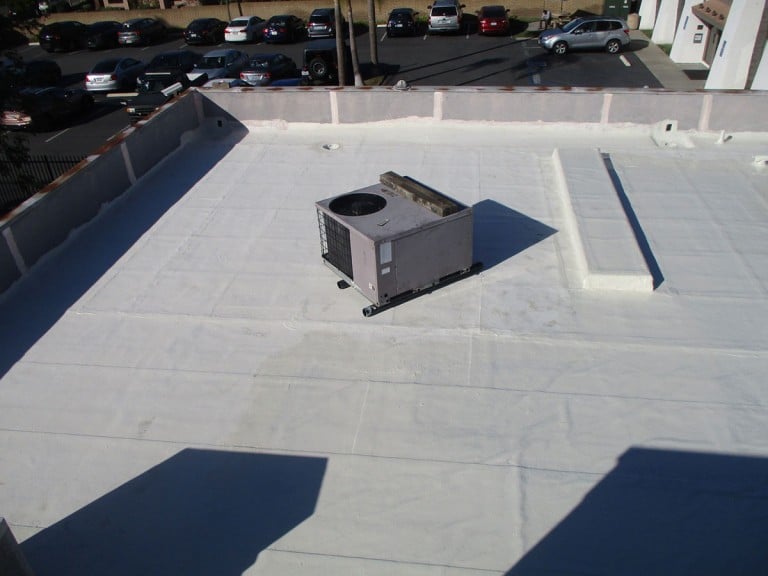 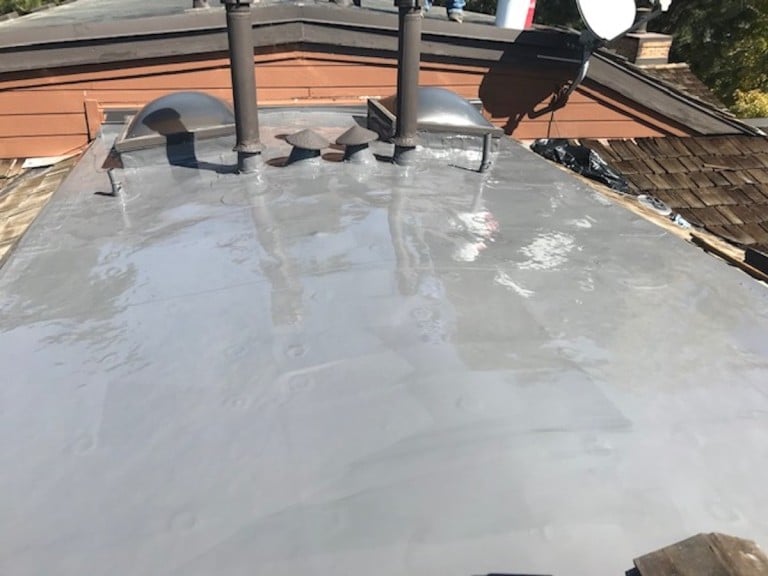