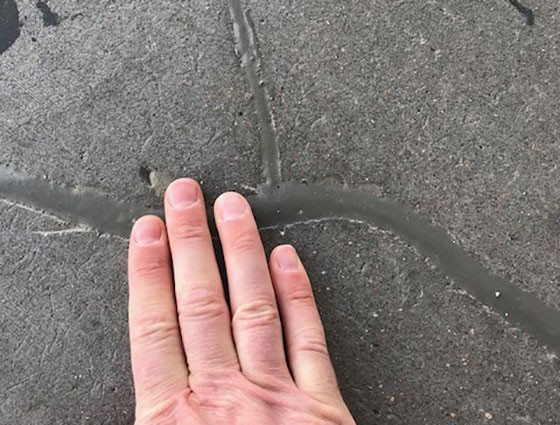 The Benjamin Franklin axiom ‘an ounce of prevention is worth a pound of cure’, is never more appropriate than for the world of concrete where degradation can easily lead to the life-cycle cost of a structure being greater than 50 per cent of the capital value of an asset, or worse.

There are a great many factors affecting the life of concrete structures from how the material was prepared, the quality of the rebar, environmental influences, to wear and tear such as that experienced on busy bridges. However, major advances in concrete technology and materials, can give design lives of up to 300 years such as the Brisbane Bridge, in Australia which has stainless steel rebar in the piers.

This case study concerns a major US stadium where wide temperature fluctuations and the movement of sports fans, exert their own unique physical influences on the huge structure, causing cosmetic cracking that, if left, unrepaired, could have led to significant deterioration.

Cracks cannot be ignored and the stadium client wanted them repaired as quickly as possible. The main enemy of reinforced concrete is the carbonation of the lime where atmospheric carbon dioxide and sulphur dioxide react with the lime released by the concrete to form insoluble calcium carbonate crystals. This creates an alkaline reaction (to a pH of below 9) that erodes the passivating layer of the reinforcing steel, thus leading to rust expansion and pressures that can crack concrete and further exacerbate the problems.

The client also wanted a cost-effective and permanent ‘fix’. They wanted zero VOCs both during repairs and no off-gassing afterwards. Because of vibrations and the influence of varying temperatures, it was vital too that the compound being used retained not only its strong adhesion, but also its flexibility.

Ecodur, which is entirely VOC and BPA free, is comprised of renewable castor oil and recyclable gypsum, both natural products. As a liquid when initially mixed with the catalyst, it readily seeps deep in cracks and crevices before this process ceases at about the 30-minute mark. It has double the adhesion of most conventional epoxy coatings so it forms an extremely impenetrable seal against water and even chemicals solutions as commonly found in industrial cleaners.

Ecodur also has a lifetime ability to have original material repairs as new Ecodur rebonds readily to previous Ecodur coatings and crack filling right down to the molecular level provided it is first clean and dry.

Typically, the Ecodur used in these situations is a medium gray color to match the concrete and provide a professional finish.

The Ecodur was manually and liberally applied after the seams were cleaned with no loose debris. As can be seen from the photos, the Ecodur, which is self-levelling, cured well into the edges, showing they were well sealed with no visible shrinkage.

Subsequent inspections showed 100% integrity, amounting to full protection against any ingress from water or cleaning fluids and with an adequate hardness to deal with the foot traffic. It should be noted that Ecodur is not limited to filling cracks on horizontal surfaces, but can also be applied as a spray, maximising depth penetration, if required.