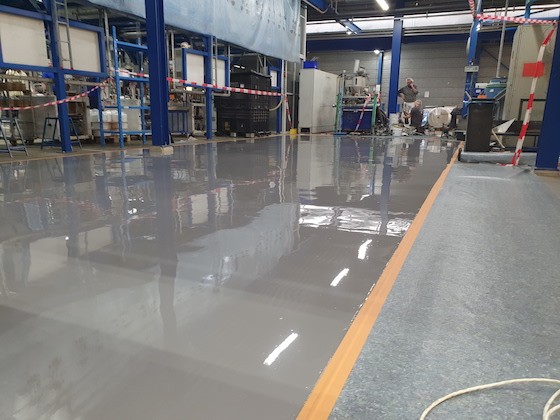 Factory floors have to be a lot more robust than office ones. They do not just have to contend with heavy foot traffic but also the movement of goods being produced and moved by a variety of wheeled carriers such as trolleys and forklifts. They also have to stand up to repeated heavy duty cleaning and any spillages that might also affect surface performance.

This case study concerns production area flooring in a plastics factory in Oosterwolde in Friesland, The Netherlands. 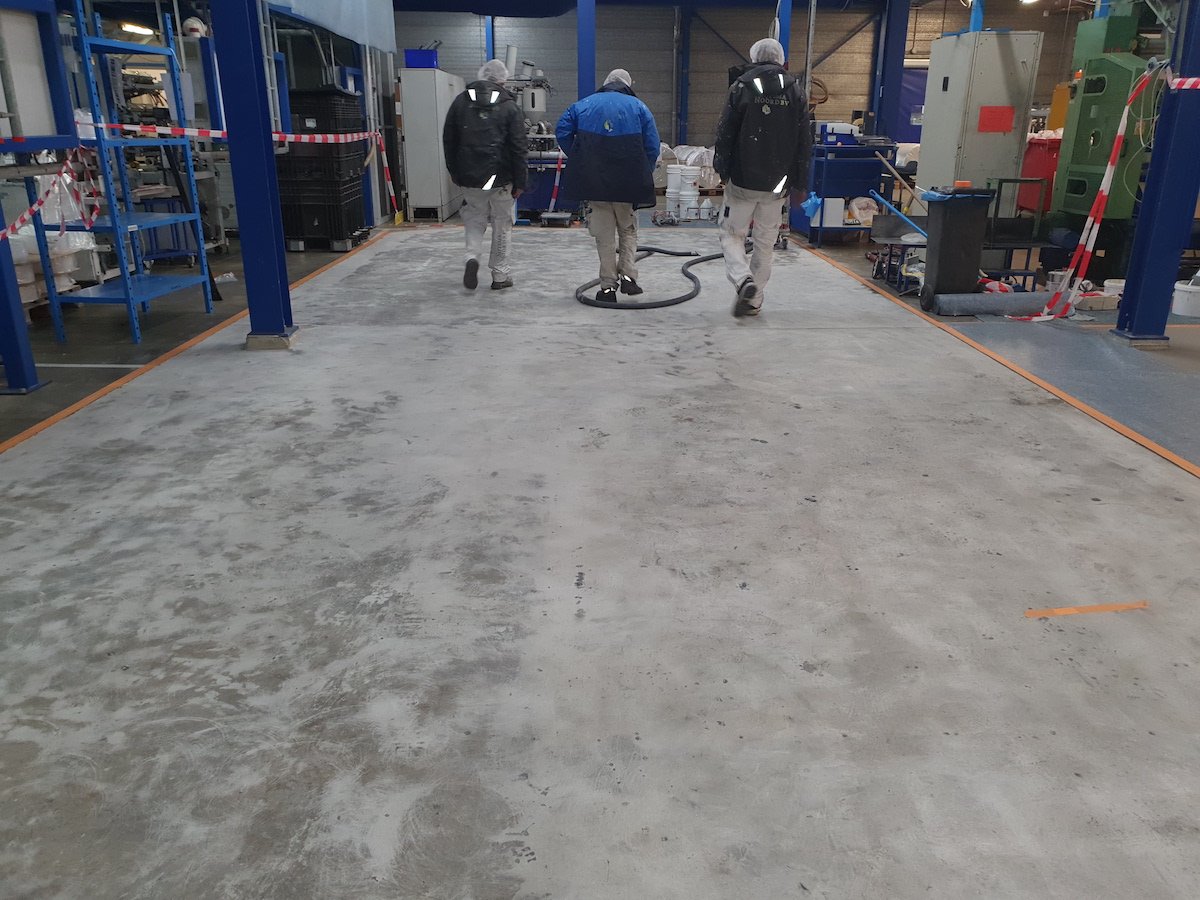 Problem.
The original floor coating had come to the end of its useful life and was failing. Years of staining by stray droplets and splashes of ink and other chemicals had taken their toll and the floor had become unsightly.

What was needed was a replacement coating that was free of noxious odors and would not impact on the factory’s production schedule during application and curing. It needed to be highly resistant to chemical spillage and staining, while also being able to withstand cleaning. It was also vital that heavy machinery placed on it would not crack it or make it fail over time allowing fluids to penetrate the substrate.

Solution.
Castagra 201M was chosen as it met all the client’s requirements. It is VOC-free, non-toxic, and has demonstrably high performance as a floor coating in heavy industrial environments. Its very high adhesion means it adheres extremely well to properly prepared substrates, especially concrete.

Its balance of hardness and retained elasticity means that machinery beds safely without surface failures as is common with many conventional epoxy coatings.

Having been used widely in oil and production water tanks in the fracking industry, it has shown excellent resistance to a very wide range of chemicals, including acids. It is also used in restroom facilities in world class baseball stadiums where the foot traffic is measured in the tens of thousands annually.

Ecodur is made from renewable castor oil and naturally occurring soft rock gypsum. It permanently retains its elasticity over its entire lifetime and also original Ecodur surfaces automatically bond to repair coats because of the unique chemistry of what is essentially a veggie plastic.

Application Results.
The original coating was ground off and the concrete substrate was degreased and cleaned without further grinding to eliminate any risk of bubbling.

Ecodur was applied, spread out and cross rolled. As a further measure to prevent any bubbles a spike roller was used. Average application depth was 50-60 mils ( 1.3 mm – 1.5 mm). Full cure was achieved within 24 hours in an average ambient temperature of 21 Centigrade. The work was carried out by Sijtsma Noord BV. The client reported complete satisfaction, describing the floor as looking like a gym.